by Blessed Freedom
in Sports
0 0
0

Anthony Joshua will be defending his titles against IBF mandatory challenger Kubrat Pulev in April 2020, according to Eddie Hearn. 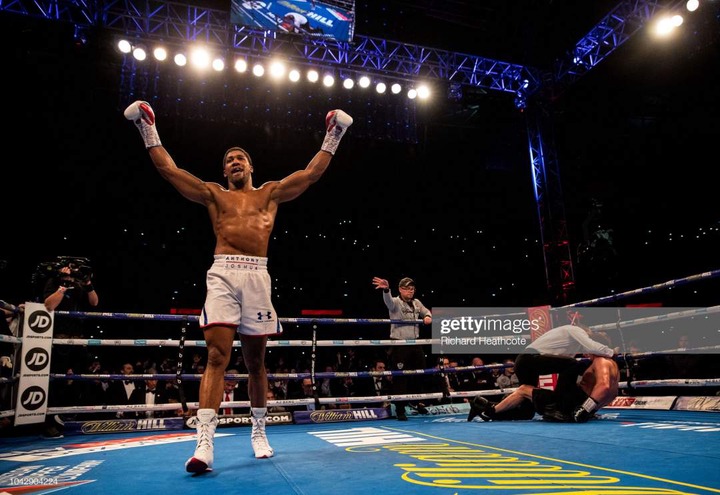 With Joshua reportedly back to the gym, his promoter Hearn disclosed that the 30-year-old champ will first defend his IBF belt and that will be in April 2020 against the Bulgarian.

“I believe his next fight will be in April, and my gut feeling is it will be against Kubrat Pulev,” Hearn told BoxingScene.

“Joshua doesn’t want to vacate the belts. He loves them. We need to have a conversation of common sense between the governing bodies.

“We’ve written to to the IBF and WBO. Who goes first? You can’t just hold Anthony to ransom and say you have to vacate one.

“There is a rotational system that chronologically tells you who goes first. It’s the IBF. But I also represent Usyk, so I have to push for him as well,” the promoter said.

Pulev was lined to fight Joshua in 2017 but pulled out through injury.

Adamz Skalze – Made It (MUSIC)

C-Blaze – Love Beyond (Prod by Kindness)

Adamz Skalze – Made It (MUSIC)

Talented Nigeria rapper Adamz Skalze drops another brand new rap tune tagged “Made It (Hope)” for the fans. This is ...

Afro-pop, Hip-hop, Fused-Highlife and Reggae born, Korvantarising drops his new piece “The Amazon” featuring the duo of Jazi Special on ...

C-Blaze – Love Beyond (Prod by Kindness)

Gospel songwriter,C-Blaze unveils this brand-new tune and visual of her new release this year, she simply tags “Love Beyond”. We ...

NAIJAWAVEZ AUDIO OF THE WEEK

NAIJAWAVEZ VIDEO OF THE WEEK